About Us | Shemaroo Entertainment Limited 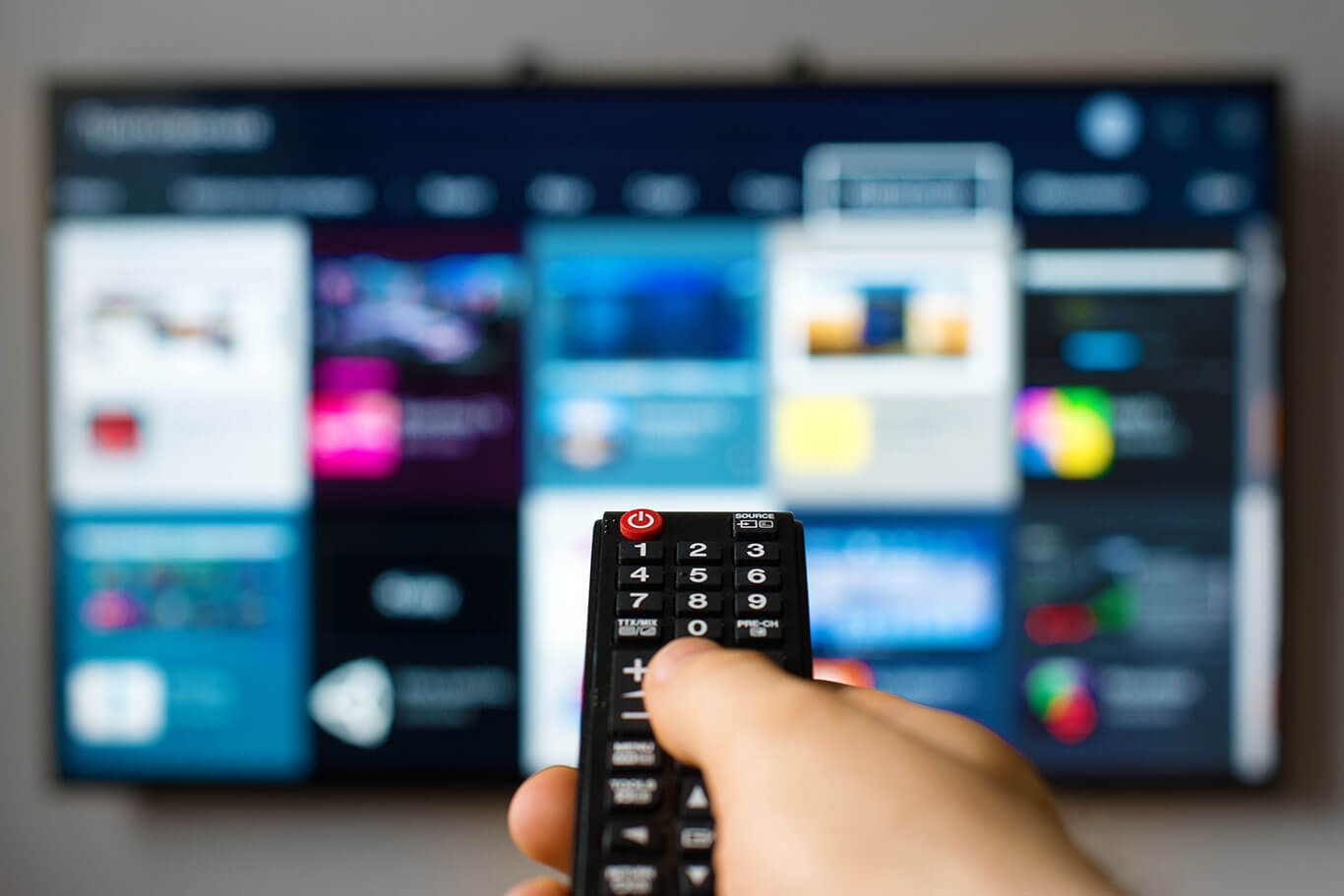 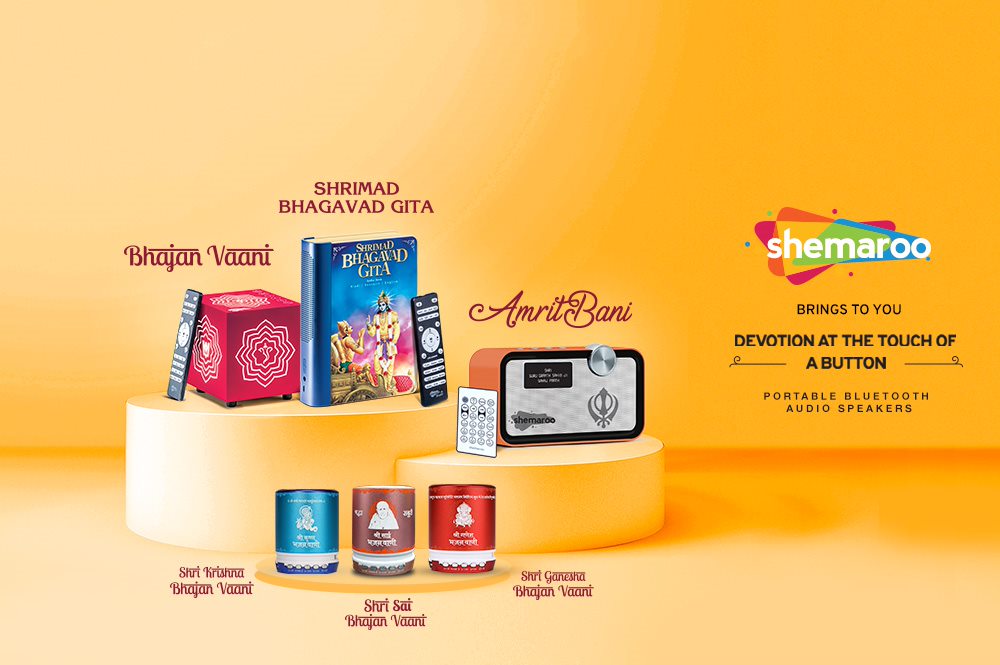 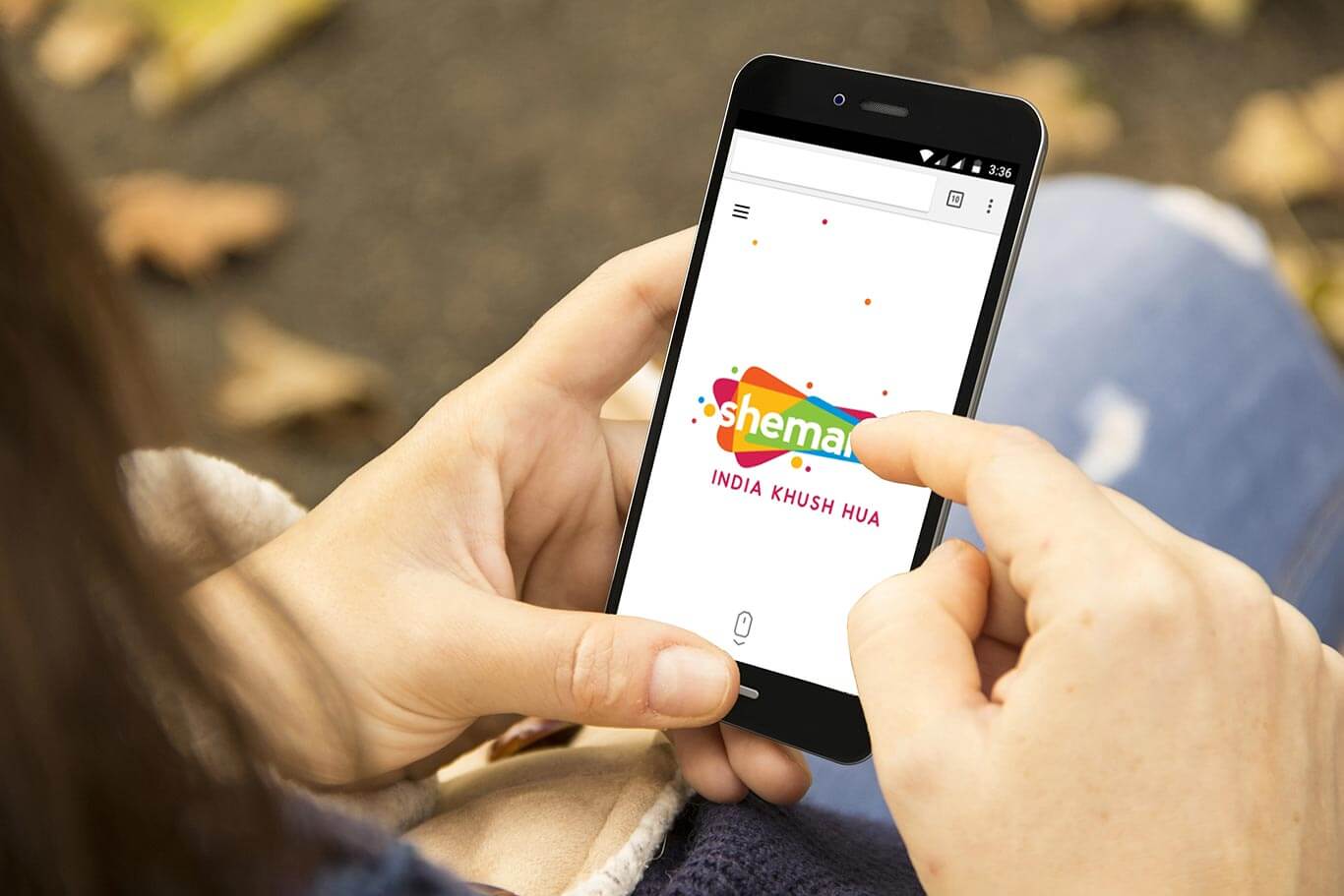 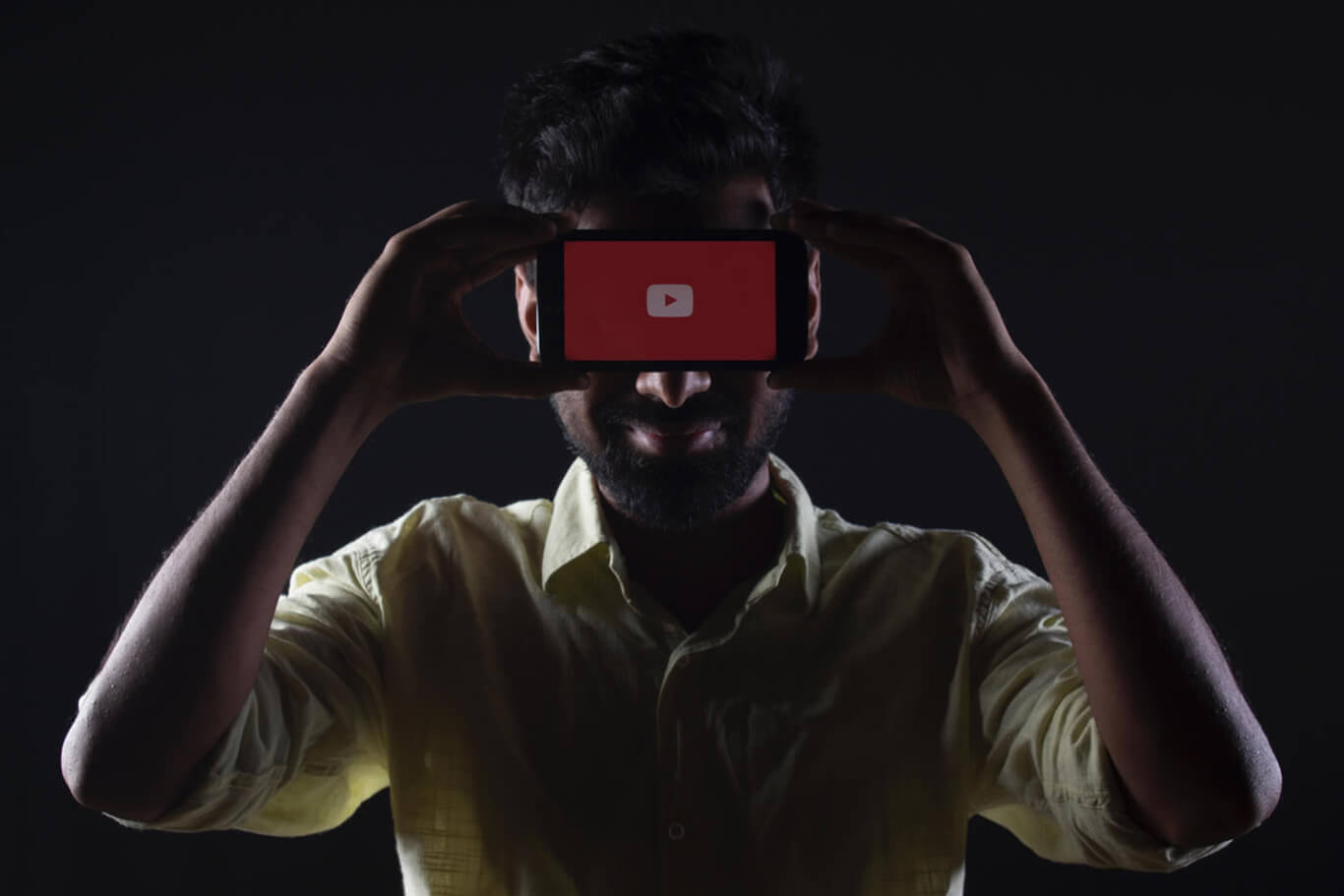 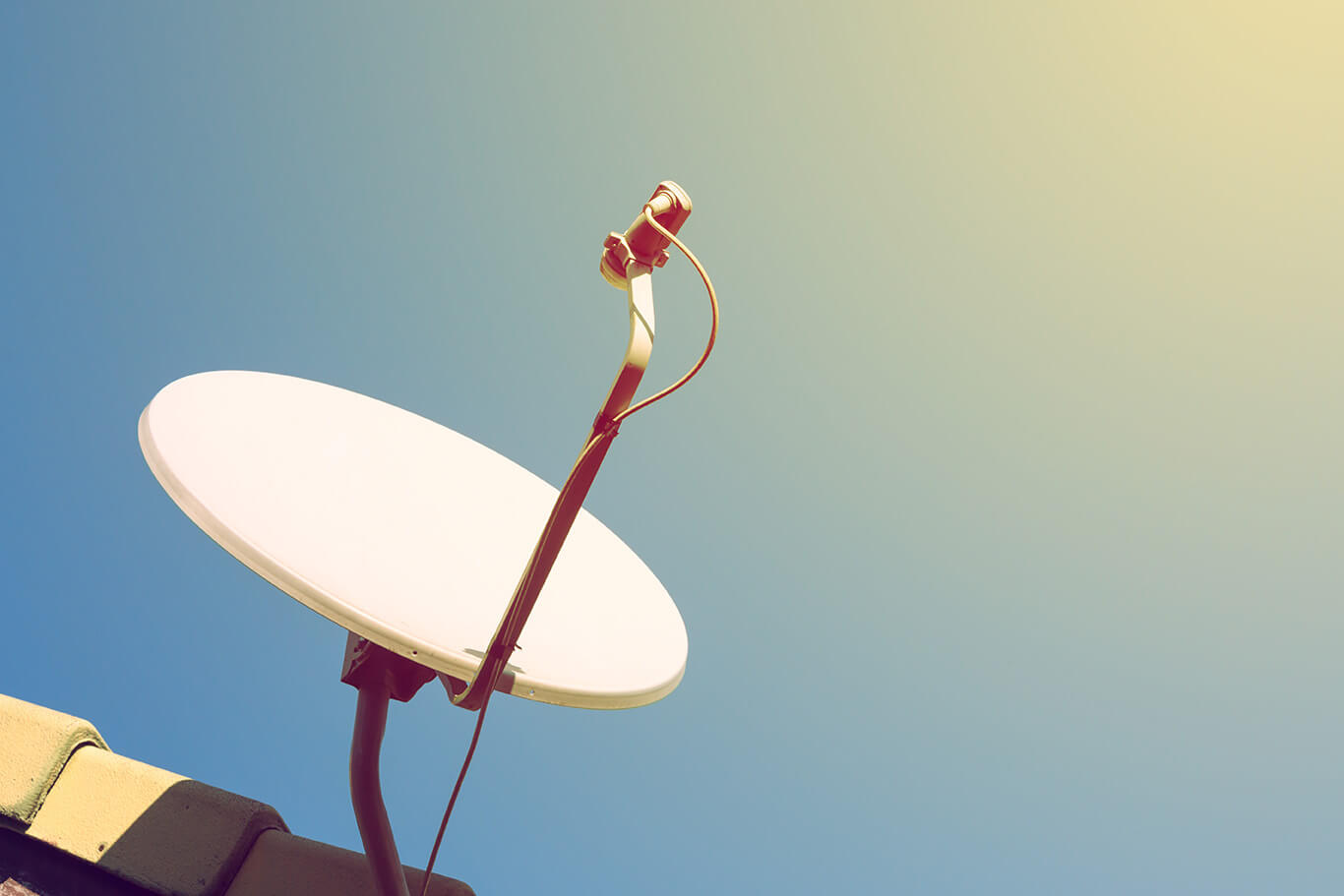 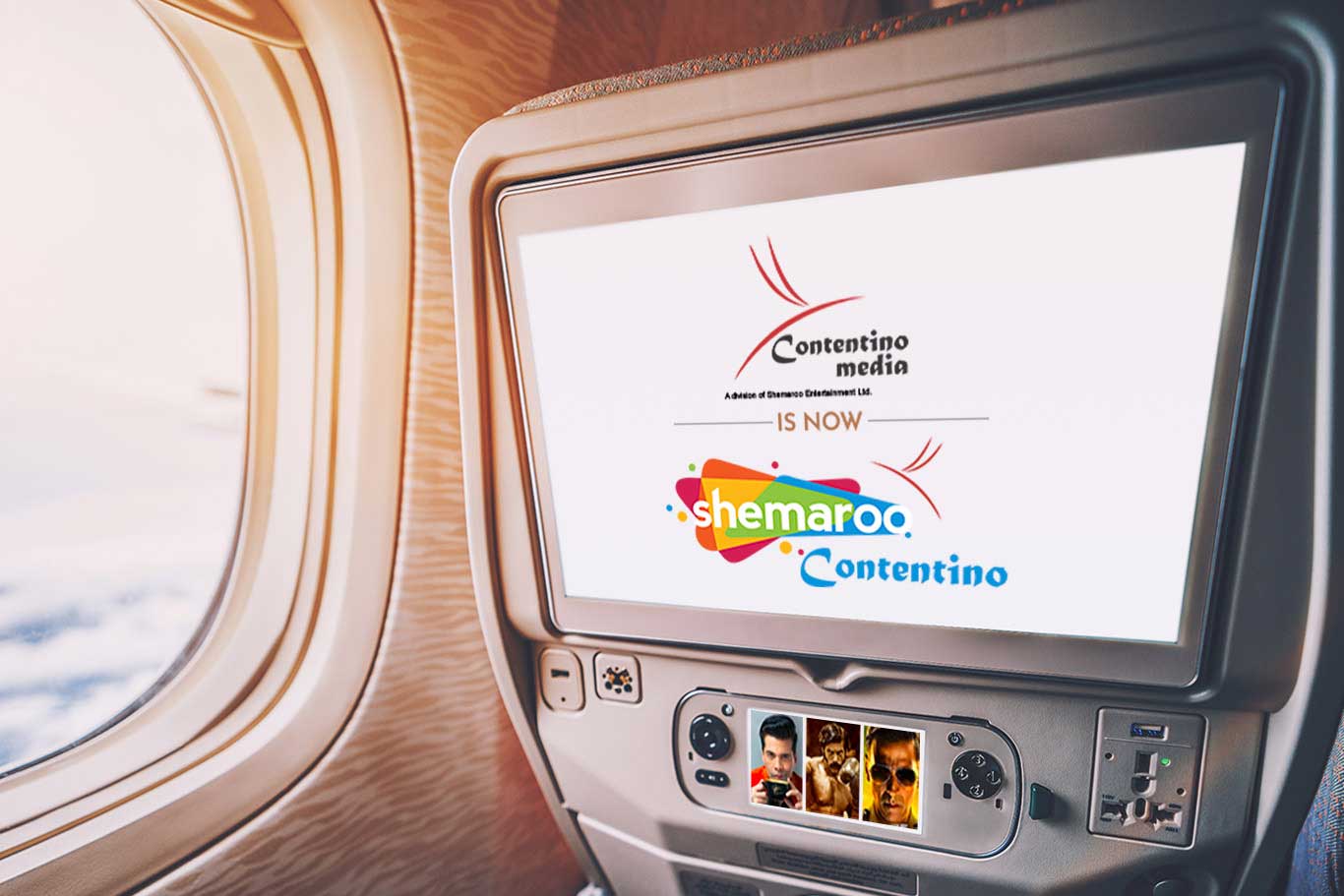 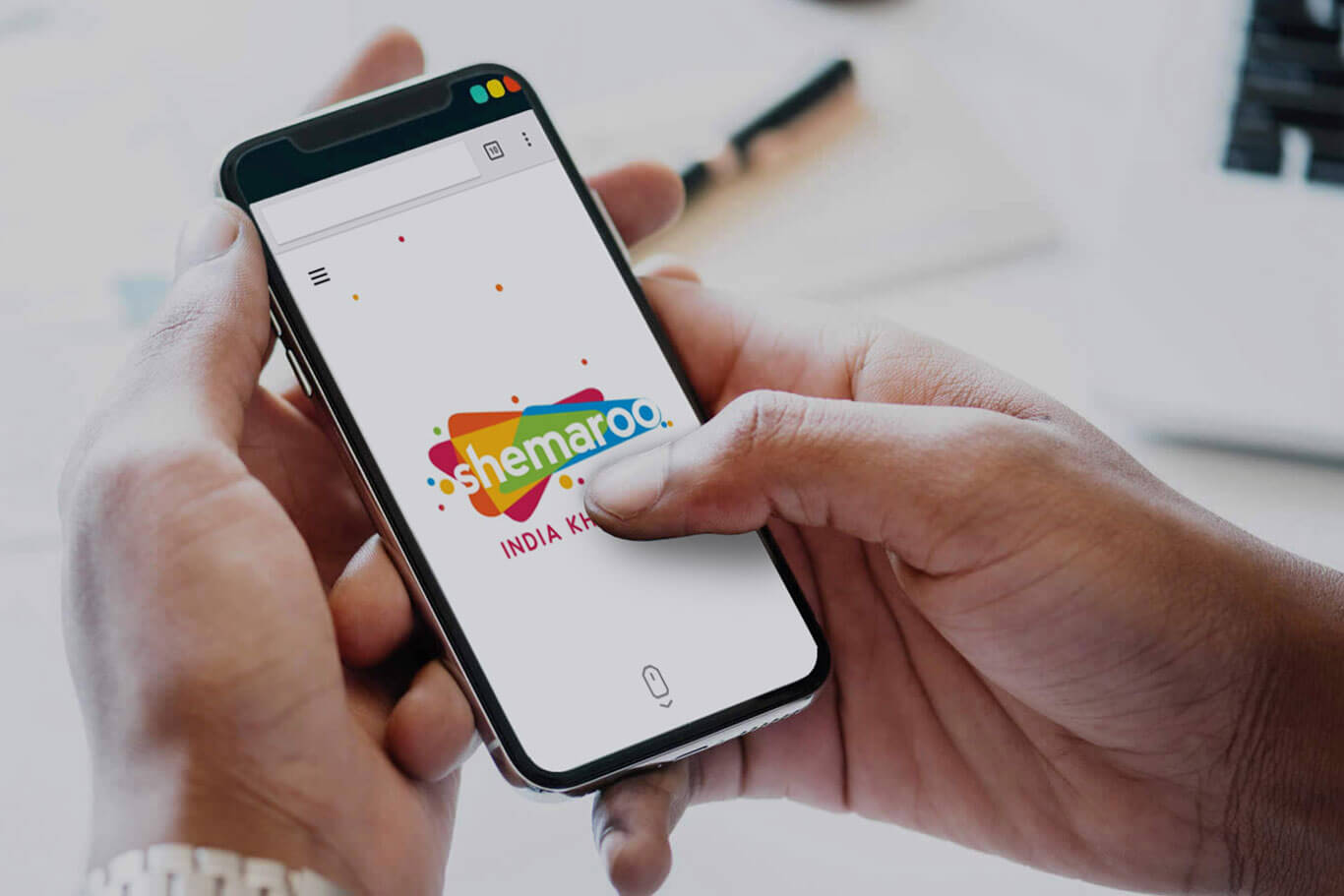 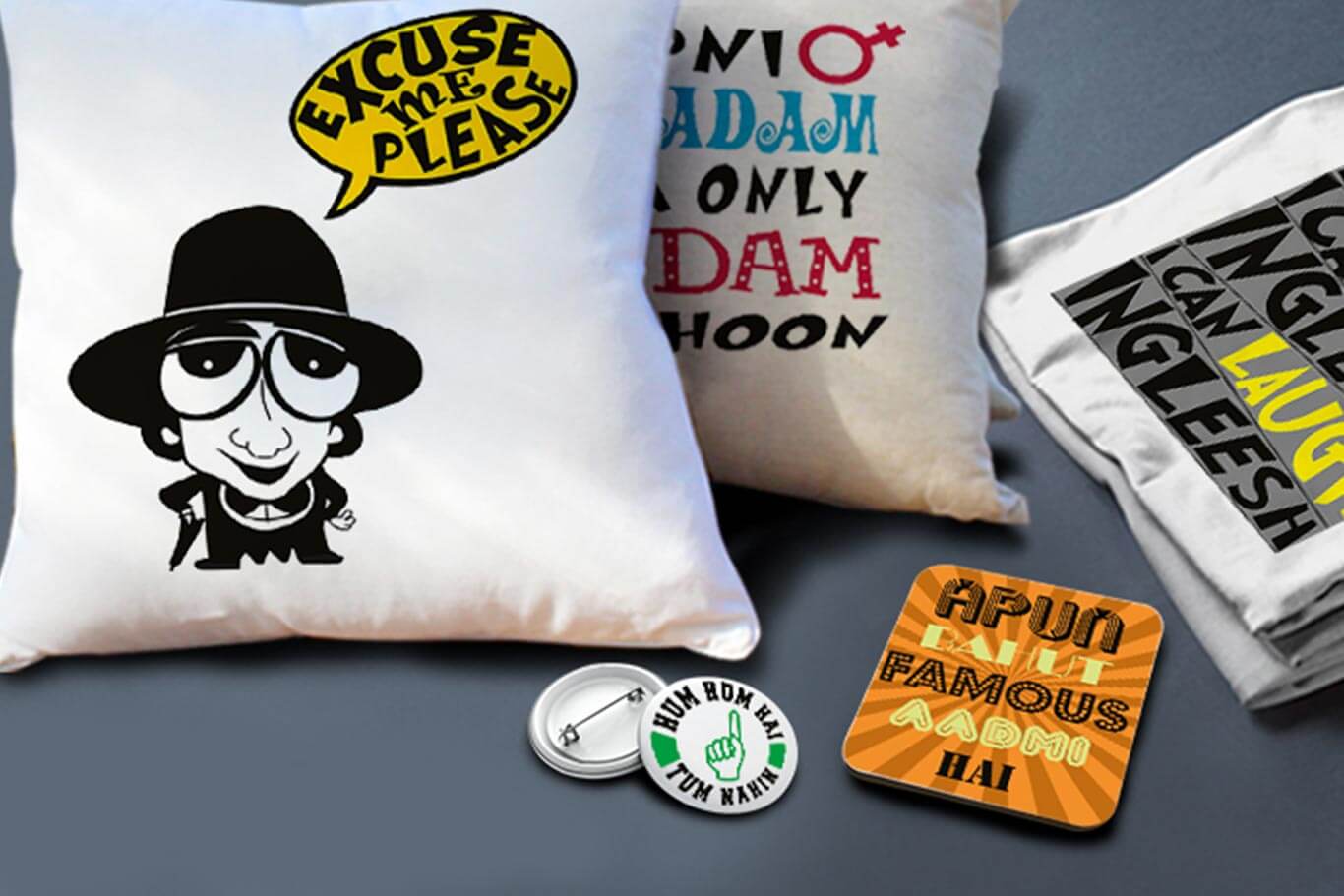 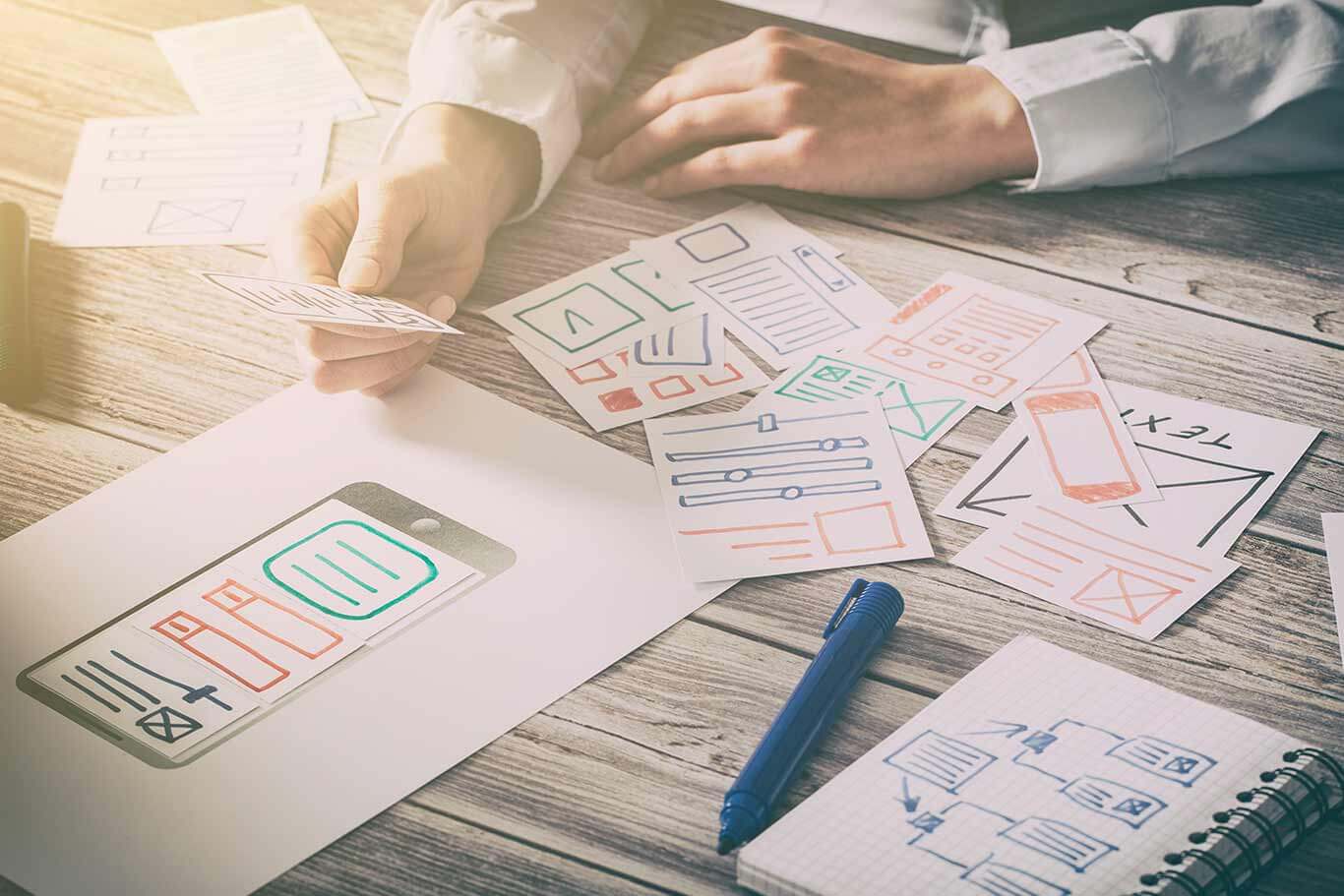 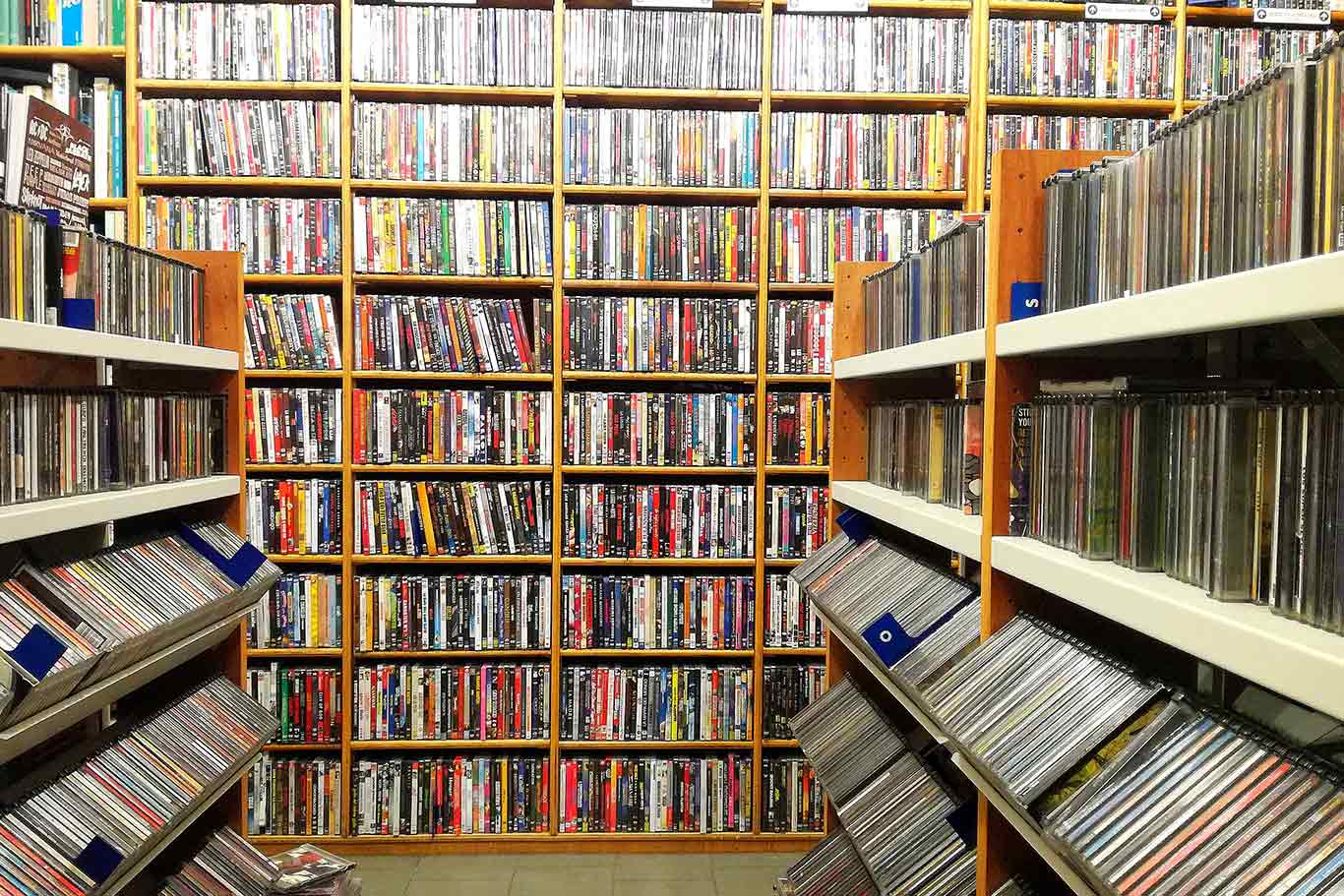 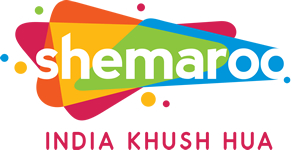 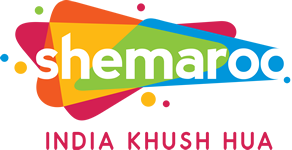 Changing The World As We Know It

Shemaroo Entertainment Limited is a leading Indian content power house with a global reach, which has been playing a pioneering role in the arena of content ownership, aggregation and distribution.

With the brand in existence for over 5 decades, Shemaroo continues to redefine itself to respond to the disrupting consumer environment. We deliver premium content experiences in more than 30 countries, across age groups and several Indian languages in genres such as movies, comedy, devotional, music, regional and kids.

Today, Shemaroo has evolved to be a significant player in the digital ecosystem. The entry into the Limca Book of Records with #FilmiGaaneAntakshari on Twitter is a proof of Shemaroo staying true to its ‘digital first’ vision.

Started as a flagship book circulating library, Shemaroo Entertainment pioneered in the video rental business distributing content through the home video segment in the VHS format. Over the years, we have successfully adapted to the changing content consumption pattern by expanding into content aggregation and distribution on various platforms, globally.

Mr. Buddhichand Maroo, the Chairman, is also the founder of Shemaroo Entertainment Limited and has been associated with it since 1962. He is the man behind the business empire that stands today as a leading content owner, aggregator and distributor in India. He started the business with a book library in 1962 and gradually transformed it into a well-diversified corporate in the Media and Entertainment Sector. Mr. Buddhichand Maroo has approximately 53 years of business experience, out of which, he has been associated with the media and entertainment industry for approximately 32 years. He has completed his Intermediate studies from Mumbai. Currently, he has retired from active business and has devoted his life to social work and has been involved in several non-profit and social activities, particularly in Kutchh (Gujarat). He has received several awards for the work done in the social field.

Mr. Raman Maroo, the Managing Director, has been associated with the Group since 1974. He has completed his higher secondary studies from Mumbai, post which he joined the Group. He has been instrumental in the Group‘s expansion into television rights syndication as well as transformation of Shemaroo into an established filmed entertainment content house. He has led the Company’s growth for many years. He started acquiring Film Rights, for Home Video, Cable and Satellite distribution. He has valuable relationships with various key players within the Indian entertainment industry, including film producers, television broadcasters, amongst others. He is a Director on the Board of several companies. Mr. Raman Maroo has approximately 41 years of business experience, out of which, he has been associated with the Media and Entertainment industry for approximately 32 years. He has received the ‘Girnar Award’ from Bruhad Mumbai Gujarati Samaj for outstanding contribution in the field of Entertainment in November 2000.

Mr. Atul Maru, the Joint Managing Director, has been associated with the Group since 1979. He has completed his higher secondary studies from Mumbai. Mr. Atul Maru has approximately 38 years of experience in the media and entertainment industry. He has managed the transition of the Company from VHS days to today’s multi-platform operations. He has been actively involved in the operations of the Company and has spearheaded various initiatives including the home video division of our Company.

Hiren Gada, Whole time Director of Shemaroo Entertainment Limited has been at the helm of driving the corporate & financial growth, digital direction, strategy, and now the transformation of the company from a family run business to a professional corporate firm.

After completing his MBA in Finance from the prestigious Welingkar Institute of Management, Hiren started his journey in the corporate world as the lead for the Equity Research division at a stock broking firm. After a successful stint in the financial sector, he joined Shemaroo Entertainment as the Vice President in 2002 and took on the baton of taking the company to achieve new horizons.

As Chief Operating Officer, Shemaroo Entertainment, Kranti heads the revenue function of the company to drive extensive and sustainable growth. She was instrumental in incubating the company’s expansion into the DTH segment. She is also responsible for digital media, DTH and international business verticals.

A visionary and a thorough bred media professional, Kranti is the woman behind the scenes. She pioneered and set-up the company’s mobile business and played a key role in the company’s early adoption of digital platforms.

Mr. Jai Maroo, The single largest enabler of growth for a company is its ability to continuously raise the bar in terms of its capacity and capability. With a clear focus on strengthening the organization for the next phase of growth, Jai Maroo focuses on catalyzing transformation by building a robust organization that is increasingly capable of taking on the growth ambition that the firm has scripted. Before joining Shemaroo, Jai has worked with the leading firms in the technology industry at USA and Singapore.As a Executive Director – Transformation and Excellence, Jai’s key focus is to strengthen the organization for the next phase of development where he will focus on organizational transformation & excellence. At Shemaroo, he is solely responsible for the company`s transition to a digital media house. Jai guides the team to expand Shemaroo’s reach on new digital distribution platforms like IPTV, VOD and mobile. He also advises on several technology-driven initiatives within the entertainment space. Jai holds a Master’s Degree in Computer Science and Engineering from Pennsylvania State University, U.S.A.

Mr. Gnanesh Gala, Independent Director, has around 35 years of experience in the Educational Publishing Industry. He was the President (Finance) of Navneet Publications (India) Limited for more than 21 years and presently the Managing Director of the said company.

Mr.Vasanji Mamania, an Independent Director on the Board of the Company. He holds a diploma in mechanical engineering from M.S. University, Baroda. He has over 53 years of experience in various industrial sectors including Film Processing, Civil Constructions, Heavy Engineering and Non-ferrous Metals. He was the Co-Founder of Adlabs. Mr. Mamania has handled responsibilities ranging from operations to financial planning and engineering inputs in design and processes.

Mr. Shashidhar Sinha, an Independent Director on the Board of the Company. He is a B.Tech from IIT Kanpur and is a post graduate from IIM Bangalore, India. He has over 30 years of experience in media and advertising. He is presently the CEO of Lodestar UM India, a Top Three company in this market. Lodestar UM India has over the years bagged several prestigious accounts like Tata Nano, ET Now and Land Rover, amongst others. He is actively involved and drives key industry bodies like the Advertising Standards Council of India, AAAI’s – Indian Broadcasting Federation joint body on industry practices, Audit Bureau of Circulation and the Joint Industry Body set up to monitor TV measurement. Mr. Sinha has overseen his agency’s recognition as a national “Agency of the Year” twice and “Runner Up” twice in the past five years. At the same time he has driven Lodestar Universal’s expansion into the Digital, Retail and Film Entertainment areas which offer unique opportunities in this large and accelerating market.

Mr. Kirit Gala, an Independent Director on the Board of the Company, has completed his Master’s in Business Administration from Mumbai University in 1986 and his Mechanical Engineering from Mumbai University in 1984. He pursued his Doctoral research in Marketing at Tennessee, U.S.A. for a year. Mr. Gala is the Managing Director of Gala Precision Engineering Private Limited and also one of the Promoters of Kutchi Angel Network (KAN), Fund for starts-ups. He has expertise in B2B marketing, high growth strategies & organization development for value creation. He has partnered with a leading Private Equity, India Value Fund (True North), and had given them profitable exit in short span. He is an active speaker in various forums in Venture Capital and private equity seminars, social business networks and premier management institutes like Indian Institute of Management, Ahmedabad, We school (Welingkar), S.P. Jain, Mumbai etc. He has been featured in articles in Business India and other magazines.

Dr. (CA) Reeta Bharat Shah, an Independent Women Director on the Board of our Company, has over 27 years of experience in the field of education and administration in various capacities. She is a Ph. D. from IIT Bombay (Thesis titled “EVA as a measure of Corporate Financial Performance, and its relationship with Corporate Governance), a member of Institute of Chartered Accountants of India, Masters in Philosophy from Madurai Kamraj University, Masters in Commerce from Pune University, Masters in Business Administration (HRM) from ITM & Southern New Hampshire University, Bachelors of Law (General) from University Of Mumbai and Bachelors of Commerce (Hons.) from University Of Mumbai. Dr. (CA) Reeta is presently a Head of Department (Accountancy) at SIES College of Commerce & Economics and is also the management faculty at various other renowned management colleges. With a strong expertise in technical matters she has written articles in various magazines/books and is a regular speaker, panel member and trainer at various conferences and seminars by ICAI, Cultural Committees and other Academic Institutions.

Mr. Vinod Karani is the Executive Vice-President of the Broadcast Syndication & Content Acquisition Division of our Company. Mr. Karani has approximately 33 years of experience in the industry, he has created a sizeable perpetual rights library in various languages. He has been associated with Shemaroo Group since 1985.

Senior Vice-President of the Studio Division

Mr. Hemant Karani is the Senior Vice-President of the Studio Division of our Company. He holds a graduate degree in commerce from Osmania University, Hyderabad and has completed a technical grading course from Da Vinci Academy, Florida USA. Mr. Hemant Karani has approximately 25 years of experience in the Entertainment and Media industry. He has been associated with our Group since 1990 and our Company since April 1, 2007.

Mr. Bipin Dharod is the Senior Vice President - Physical Sales and Distribution of the Home Video Division of our Company. He holds a graduate degree in commerce from the University of Mumbai. Mr. Dharod has approximately 35 years of experience in the Entertainment and Media industry. He has been associated with our Group since 1983.

Mr. Ketan Maru is the Senior Vice President of Film Production Division of our Company. He holds a graduate degree in commerce from R.A. Poddar College of Commerce and Economics. Mr. Ketan Maru has approximately 29 years of experience in the entertainment industry. Prior to joining our Company he has worked in Shemaroo Book and VHS rental business. He has been associated with our Group since 1986 and our Company since April 1, 2007.

Ms.Smita Maroo is the Senior Vice President of Animation, Kids Digital, Licensing & Merchandising Division of our Company. She holds a Master’s degree in Management Studies (Finance) from University of Mumbai and Master’s degree in Management Information Systems from Nova South-eastern University, U.S.A. Ms. Smita Maroo has approximately 15 years of experience in the Entertainment and Media industry. She has been associated with our Group since 2003.

Co-Producer in the Film Division

Ms. Mansi Maroo is the Co-Producer in the Film Division of our Company. She holds a Bachelor's degree in Science from Ithaca College, New York, U.S.A. Ms. Mansi Maroo has approximately 10 years of experience in the Entertainment and Media industry. She has been associated with our Company since 2005.